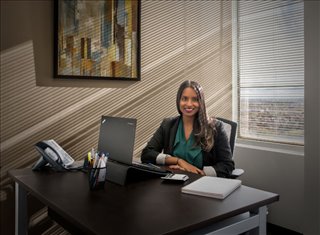 This first class and highly professional office space, with a prominent and sought-after corporate business address, boasts stunning high-end interior design along with beautiful views over Kerr Park and Sand Ridge Energy Commons. With the range of prestigious executive suites, office space solution packages, vibrant co-working areas and virtual office solutions this state of the art and highly equipped business center has a sleek, stylish and technologically innovative range of workspaces perfect for establishing a powerful presence in this vibrant community, ideal whether you have a start-up or Fortune 500 company... Read More >>

Expand search to view more listings in and around Oklahoma City.

See more offices in and around Oklahoma City.

We now have exceptional office buildings and work spaces for lease, situated in highly sought after Oklahoma City, OK locations. These offices for lease are available on flexible contracts with the option to move right in and all the business support services you wish to choose.

Offices.net's goal is to provide you with professional offices space for lease and executive office suites in Oklahoma City, Oklahoma, suitable for your individual business needs. With a fantastic selection of facilities and support services available, and flexible rental contracts, you will be assured of an easy move to your new Oklahoma City business premises.

The downtown Oklahoma City area underwent several revitalization projects starting in the early 1990s, which included the development of business infrastructure such as convention centers and office space. Some of the city's most notorious office buildings date from this period, as it is the case of the Devon Energy Center and Bank of Oklahoma Park Plaza.

The city's office market is split into the CBD, Midtown, North, Northwest, and Memorial Corridor, which are the largest sub-markets with anything between 2 and 7 million square feet of space. Other smaller sub-markets are Edmond, Moore, Norman, Northeast, and Southeast.

Local office market indicators are linked to the performance of crude, so they tend to fluctuate, although the overall strength of the local economy contributes to keeping the office market going. In mid 2017, vacancy rates averaged 16 percent, and average asking rates were in line with other secondary markets in the area at $18 / sq ft / year for all classes and approximately $23 / sq ft / year for Class A offices.

Many of the business centers listed on Offices.net come inclusive of a range of support services including dedicated front desk reception and security personnel, conference suites and lounge areas, dining facilities and break out areas. Additionally, a number of the office properties for lease also include internet and network wiring, free car parking lots, 24/7 access and onsite IT support staff.

Click on one of the well located Oklahoma City offices for rent listed above. The professional office suites, shared flex space and virtual offices for lease on Offices.net are located in prime Oklahoma City business areas, and are available to rent on easy, flexible terms to suit your company's requirements.

Oklahoma City is the capital of the Sooner State and serves as the county seat for Oklahoma County. The city is also one of the most important population centers in the Great Plains area.

The oil and gas industry drove the city's economy since the early decades of the 20th century, and even today it is estimated that approximately 25 percent of all local jobs are dependent on the energy sector. Given the city's role as a state capital and county seat, the government sector is also important and Oklahoma City, Oklahoma is considered part of the so-called government employment belt, a group of cities where pubic sector jobs account for at least 10 percent of all employment.

Other local industries worth mentioning include defense, aviation, aeronautics, transportation and logistics, biotechnology, hospitality, telecommunications, and business services. Overall, Oklahoma City has the 7th most diversified economy in the United States.

The largest private employers in the city are Paycom, Sonic, American Fidelity, AT&T, Boeing, OGE, Hertz, and Dell, in addition to public sector institutions like University of Oklahoma, the city authorities, and Tinker Air Force Base.

As for the labor market, Oklahoma City was recently listed by Glassdoor as one of the 26 best cities for jobs in 2017, getting a 3.4/5 rating in job satisfaction and an overall score of 4.1. The jobs with best prospects are compliance manager, Oklahoma City restaurant manager, and Oklahoma City medical assistant.

Oklahoma City is a convenient business location, since it is well connected by road with neighboring states and is within a short drive of Will Rogers airport, which links the city with major business destinations within the United States, including Seattle, Chicago, Los Angeles, Houston, San Francisco, and Denver. Moreover, Inc.com listed Oklahoma City among the 6 best US cities to start a small business.

In addition to executive office suites and commercial office space for lease, we also able to help you find coworking space, flex space and creative work spaces for lease as well as hot desking, short term offices for lease and virtual office solutions in other cities throughout Oklahoma. Call us and we will do everything we can to help you find your company's perfect office available for rent.