The Top Tech Conferences to Attend in 2016 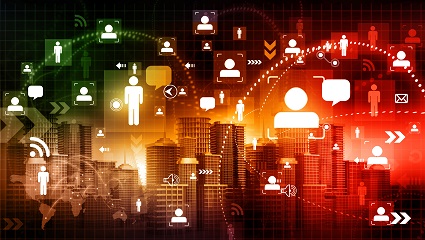 No matter what type of business you run, technology will play a large part. One of the best ways to keep up to date with the latest tech available to help grow and improve your business is to attend conferences, workshops and events where you can check out numerous tech companies and applications that relate to your particular industry all under one roof.

Here is a list of just some of the technology conferences being held in the US in 2016.

Event Summary:
The topic of UI/UX design is becoming more important as companies clamor to get the attention of a growing online consumer market. This conference exposes people who utilize UX technology with those who are innovating new ideas in the field on a regular basis.

Event Summary:
This week-long event takes place in various venues around the city of California and is centered on the idea of using the latest technology to solve the biggest problem in business.

Event Summary:
Technology innovators from around the world come together to offer advice to business leaders on how to integrate technology directly into the process of running a successful business.

MICROSOFT BUILD
http://build.microsoft.com/
March 30-April 1, 2016
Moscone Center
San Francisco, California
Key Speakers include:
• Steven Guggenheimer (Microsoft)
Event Summary:
This is one of the most anticipated tech conferences each year as Microsoft always divulges several new ways it will intend to try and change the technology landscape.

Event Summary:
Open source coding has become an integral part of the business world, and IaaS code has become part of some of the largest industries on the planet. At this conference, new versions of open code for IaaS will be released and developers will update businesses on how these new versions can be used to increase profit.

This entry was posted on Tuesday, January 19th, 2016 at 4:14 pm and is filed under Business Advice, Conferences, Meetings, Presentations, Technology.