Archive for the ‘Entrepreneurs’ Category 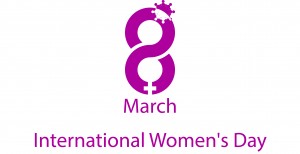 END_OF_DOCUMENT_TOKEN_TO_BE_REPLACED

July 5th, 2012
Famous Family Members of the Boston Brahmin
Boston has long been famous for political personalities and the changes they brought about in America as a whole. Another group has also brought notoriety to this city throughout its history. These families began as the Boston Brahmin, a group of influential industrialists who formed the city’s philosophical atmosphere.

The Adams family was one of these families. Charles Francis Adams IV was born in Boston, graduated from Harvard in 1932 and attended Harvard Graduate School of Business Administration. In later life he was awarded honorary degrees from Bates College, Northeastern University, Suffolk University and Tufts University. He spent his working life in industrial electronics and was the first president of the Raytheon Company.

Boston’s Lowell family was another of the Brahmins. The Honorable John Amory Lowell became first Treasurer of both the Merrimack Manufacturing Company and Boott Cotton Textile Mills. He acted as Director of the Winnipiseogee Lake Cotton and Woolen Manufacturing Company. Lowell was a Fellow of the American Academy of Arts and Sciences and Harvard College. He was a member of the Linnean Society of London and Harvard honored him with an LLD. His financial acumen and high intellect allowed the Lowell Institute to flourish, supporting celebrated personalities in science, literature, politics, economics, theology and philosophy. END_OF_DOCUMENT_TOKEN_TO_BE_REPLACED

The 10 Most Influential Women in Business

Meg Whitman – Hewlett Packard
Meg Whitman is the current CEO of Hewlett Packard, the largest technology company in the world by revenues. She was once a candidate for the governorship of California, and is noted for her ability to reach compromises with diverse individuals. These skills are thought to be a large part of why she was hired for this job, since the board of Hewlett Packard is notoriously dysfunctional. END_OF_DOCUMENT_TOKEN_TO_BE_REPLACED

The Internet has created a lot of opportunities for young entrepreneurs to get their ideas out to the world. Before the Internet, the idea of a 16 year old kid successfully marketing a product to worldwide audience was completely unrealistic. The entrepreneurs listed here have found a way to utilize the power of the Internet to build impressive empires before their 18th birthday.

Jason O’Neill
When he was 12 years old, Jason O’Neill from California, invented a very simple pencil accessory that turned out to be very popular with younger kids: Pencil Bugs. Pencil Bugs are essentially little heads attached coils of wire that can be wrapped around the end of a pencil. While the idea itself may not be complex, O’Neill made them very popular at local craft fairs by giving each Pencil Bug a name and birth certificate. He built an entire mythology up around his invention and they quickly became very popular. In fact, he did so well with his idea that he was named 2007 Entrepreneur of the Year.

Ashley Qualls
Ms. Qualls, from Michigan, began her entrepreneurial career at the tender age of 14 by starting a website called WhateverLife.com. The site was originally centered around layouts for MySpace and HTML tutorials for boys and girls in her age group. While it was nothing but a hobby at first, the website soon developed into a complete sensation. It was recently reported that Ms. Qualls turned down an offer to sell her website for $1.5 million. While her net worth is not currently known, she makes enough from the site to employ her own mother and pay in cash for a $250,000 home in the suburbs.

Garrett Yazzie
Garrett Yazzie’s life is something of a Cinderella story. He was born on a Navajo Indian Reservation in Arizona to a very poor family with very little means. He grew up in a small trailer without running water, electricity, or heat. The small amount of heat that his family could muster from time to time came from burning wood and coal in a furnace. This led to many respiratory problems with a younger sister of his.

When he was 13, Garrett’s life completely turned around. His teacher mentioned a state science fair and asked if anyone was interested in participating. Garret was the only person who showed an interest, and it would turn out to be a very important decision in his life. The project he created for the fair was a solar-powered heater that he made out of used aluminum cans and an old car engine he found in a junkyard. The heater was a national success, and it earned him loads of accolades. He has since gone into a special preparatory school and has been given a free ride to the college of his choice.

Anshul Samar
Anshul Samar is the CEO of Elementeo, which is an educational gaming company located in Silicon Valley. He started up his business when he was only 14 years old, and it has developed into one of the most popular educational gaming companies in the country. The flagship product of Samar’s business is called Elementeo. The game is a card-based board game that mixes fantasy and chemistry in a way that makes learning about chemicals fun for kids. He operates the business out of his home with very little overhead operating costs. By conservative estimates, Samar has sold over 50,000 units of his game all over the world. With each game costing roughly $25, that is an amazing amount of revenue.

Maryanne Barrott
Maryanne’s business started much like many other businesses on this list. She originally just wanted to do a simple summer project with her mother. The project was to start making her own body care products out of special ingredients. What it has turned into for her is an amazingly popular line of body care products that are sold mostly online. Maryanne, from Idaho, didn’t get this successful with nothing more than a good product, though. She thoroughly planned the roll-out of her product by creating a business plan that was so well-conceived that it won her the Business Plan of the Year award from the Young Entrepreneurs of America.